April 2020 Believing in contribution, not entitlement

In our six-part series we talk about shifts in mindset and behaviour that are required if we are serious about moving towards sustainability. Our latest one was about ‘Giving more importance to the feminine side’, before that the topics were ‘Thinking into the future while acting now’, ‘Letting go off the illusion of control control’, and ‘Understanding connectedness and thinking in systems’.

The sentiment of ‘contribution’ is certainly not a modern one, most religions emphasise it in some form or other; whether it is, ‘It is more blessed to give than to receive’ in Christianity (Apostles 20,35), ‘generosity’ being one of the three central practices of Buddhism (the other two are morality, and meditation), or ‘charity’ (Zakat) being one of the five pillars of Islam (the other four are Shahadah - sincerely reciting the Muslim profession of faith, Salat -performing ritual prayers in the proper way five times each day, Sawm - fasting during the month of Ramadan, and Hajj - pilgrimage to Mecca). Yet somehow, particularly in the world of today, it seems that the sense of entitlement, rather than the thought of contributing, seems to prevail.

What does it mean to feel entitled? Definitions read, “A pervasive sense that one deserves more and is entitled to more than others” or “An expectation of special favours without reciprocating.”

While not all seems negative about entitlement, particularly in the context of innovation; one study suggest that, “people who feel more entitled value being different from others, and the greater their need for uniqueness, the more they break convention, think divergently and give creative responses”, overall consequences seem unpleasant, be it for the individual or those around them. Evidence suggests that those feeling entitled are caught in a vicious circle: entitlement leads to high expectations which are impossible to meet; unmet expectations lead to frustration and resentment; frustration and resentment trigger an even greater sense of entitlement and superiority. Looking at the context of work, research indicates that a sense of entitlement leads to political behaviour and co-worker abuse and, as a result, to job-related frustration. Here the link to an article that explores the why and the how of ‘The rise of the entitlement mentality’ at work further.

Why isn’t it happening?

There are several aspects that make letting go of entitlement tricky.

First, what we perceive to be normal. What ever it is we experience on a daily basis shape what we perceive to be ‘normal’; we easily take this for granted; we feel entitled to what we are used to, we feel that it is our right; we tend to not appreciate it (sufficiently). As Yanis Varoufakis put it in his book Talking to my daughter about the economy, “Our mind automatically equates  I have x with I deserve x.”  It takes something like the coronavirus, to make us realise how much we have taken for granted! Perhaps there is one thing the corona virus is teaching us: what we thought were our rights, are, in the bigger picture, truly privileges.  Rights, priviledges, does it matter? It does. Language is criticallly important as it influences how we think, how we think influeces how we feel, and how we feel influences how we act. The perception of having rights leads to a sense of entitlement whereas considering things to be out privileges leads to a sense of gratitude; and with a sense of gratitude often comes a sense of responsibility, a responsibility to share, and contribute.

Second, a mindset of continuous progress. In most parts of the world parents (and the children) have the expectation that the following generations will be (financially) better off than they were. For many parts of the world this is no longer the case. A realisation has set in that unlimited growth is not feasible on the one and only planet we have. Of course, Dennis Meadows, Donella Meadows, Jørgen Randers, William W. Behrens III have pointed this out in their book Limited of Growth already back in 1972. 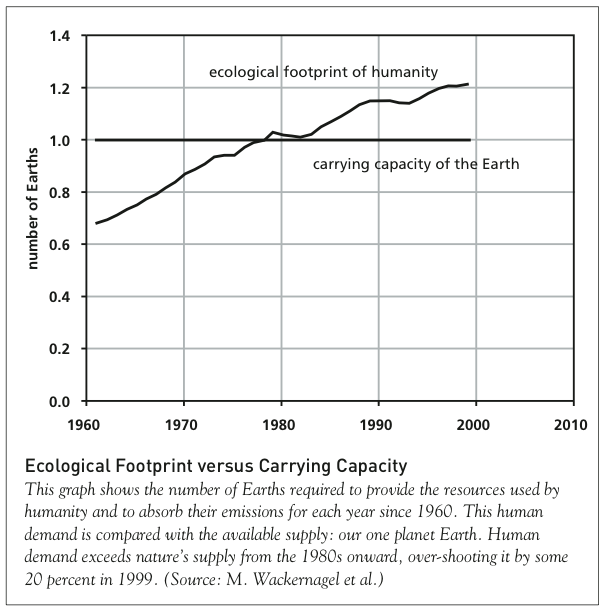 Third, because we can. In the western world we are used to insurances and safety nets, originally put in place to avoid unjust and unfair hardship. Yet today it seems that we place claims because we can, not because it is essential for our survival; often it is not even just or fair. But we do it because we can, being reminded of these ‘rights’ via a never ending stream of advertisements. Consequence are bizarre court cases over coffee that is too hot or baguette that are not of a particular length. It seems that fewer and fewer of us are willing to take responsibility for our carelessness or stupidity.

Fourth, a sense of entitlement is part of our psychological evolution. Self-centredness and a sense of entitlement are part of every child’s development. For moving beyond it is important to experience parents and other role models displaying a respectful, emphatic stance towards others. In this context the view that many countries today are led by ‘moys’ is an interesting perspective. To quote from a letter by the Grandmothers' Council, “Moys are a combination of man and boy, but mostly boy. They are large and have loud voices so people mistake them for men, but they are not men. A man thinks of the common good while a moy has not learned to think of anyone but himself. He has not fully developed and is still a child.”


Is it the same for everyone?
Power Distance is the Hofstede dimension that resonates closest with this shift. This dimension is about the degree to which power differentials within society and organisations are not only accepted but even expected. For the shift from entitlement to contribution this means that in countries with high power distance scores, where people willingly accept that some feel more entitled than others, it might be even more difficult to shift towards a mindset of contribution.
In the video Geert Hofstede introduce this dimension.

You can compare up to four countries across Hofstede’s dimensions here; below a few examples as well as the world at a glance.

Malaysia (104) Guatemala (95) Panama (95) and the Philippines (94) have the highest score, meaning that differences in power are widely accepted whereas Austria (11) Israel (13) and Denmark (18) have the lowest score. The graph below gives an indication of the the global spread. 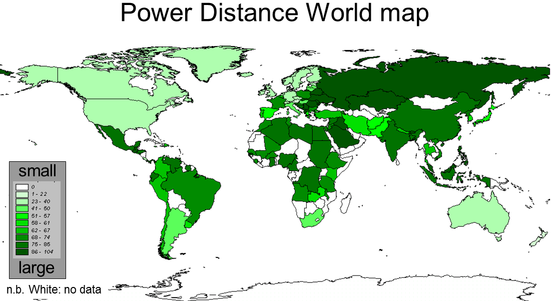 What can be done about it?
Being aware of our own attitude and mindset are an essential first step. A story told by conductor Benjamin Zander illustrates this well.1 Seeing conductors as “the last bastion of totalitarianism left in the civilised world” he was, like so many of us, primarily concerned with his own performance - until he came across a Harvard study into job satisfaction. The study revealed that those playing in small musical groups, such as a quartet, expressed the highest levels of job satisfaction whereas those playing in an orchestra ranked amongst the lowest, below even that of prison guards. He realised that the key difference between a quartet and an orchestra was him, the conductor!  This motivated him to shift his attitude from one of entitlement, ’being in charge of the players’, to one of contribution, focusing on bringing out the best in each and everyone of them.

As in Ben’s story, it often requires some external stimulus to make us realise our own sense of entitlement. How can we create such an external stimulus? Placing ourselves into a different context can reveal what we take for granted and feel entitled to: experience of different cultures, travel.  Realising the value of putting someone into a context from which they are normally far removed was the foundation of a series the BBC (British Broadcasting Corporation) created in the late 1990s and early 2000s titled Back to the Floor. Here CEO and other top level managers took junior roles in their organisations, incognito. For many this experience was a true revelation, helping them understand how their organisation actually worked, and what employees truly thought of them.

It requires reflection and exposure to context of a different ‘normal’ - or, as in these times of the coronavirus, that the things we have taken for granted are taken away from us.

While there might be different pathways that lead to a sense of entitlement, once it’s taken hold there are generally the following indicators, including,

Antidotes to a sense of entitlement include humility and gratitude - and consciously observing ourselves, so we actually notice how we are reacting and behaving, and when a sense of entitlement shines through. So when something goes wrong or we feel that an injustice has been done to us, we can either react by throwing a tantrum, or we can follow piece of advice by Benjamin Zander, who suggest that in these instances, instead of throwing a tantrum we throw our hands up in the air and shout ‘how fascinating’! This will not only reduce the negative impact a tantrum has on all of those around us, it will also make ourselves feel better, reducing our levels of stress.

If letting go of entitlement is a way to reduce levels of stress, studies have shown that giving, making a contribution, is the best way of achieving lasting improvement overall happiness.

So letting go of a sense of entitlement is a good idea, even if it is just because we feel entitled to a happier, more fulfilling life …

1 As told at the 2003 Innovation Exchange Conference at London Business School; similarly relayed in “Success Built to Last: Creating a Life that Matters”, by Jerry I. Porras, Stewart Emery, Mark Thompson and “How to Change Absolutely Anything: What the best leaders know, do and say”, by Damian Hughes.

Who is already doing it?

Here a few examples from Katerva’s nominee pool and beyond the :

Do you know any sustainable disruptive innovations that lead the way?

Submit here!
Submissions are welcome throughout the year!

You can read:
The introductory newsletter here;
Part 1, Understanding connectedness and thinking in systems here;
Part 2, Letting go of the illusion of control here;
Part 3, Thinking further into the future while acting now here;
Part 4, Giving more importance to the feminine side here.

Fritjof Capra, who has influenced Part 1 of this series significantly, and Awards Council Memher Hazel Henderson have written a paper titled, “PANDEMICS: LESSONS LOOKING BACK FROM 2050” which is well worth reading! Both Hazel nd Fritjof have been movers and shakers in the field of sustaiability and systems thinking for a long time, going back to the early 80s, when the picture below was taken. 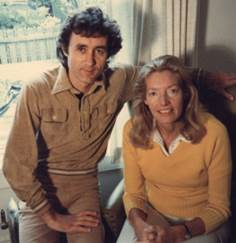